For many families this is a fun annual event filled with stories and memories that will last a life time. The memory of two teenagers asked to watch the final stages of boiling the sap, only to let the entire pan burn, or, the toddler who was drinking the sap coming from the tree faster than their mother could collect the sap (some kids like to hold the tubing up and let it drip into their mouths). The 12 year old who got a little too close to the burner and burnt his arm. This maple sap collecting season doesn’t always go off without any incidents. And our season is no different. My hubby and I were climbing a snowy, ice covered hill when he began to slip and lose his balance. I quickly tried to grab the bucket, and to no avail, the 5 gallon pail of sap landed all over him as he slid down the hill. What a sticky mess!

The perfect weather for maple sap collecting is when the temperatures are below freezing at night and above freezing during the day. Any Maple tree will work, it doesn’t just have to be a sugar maple. Birch trees will work as well, however, the flavor is a little different than maple syrup. 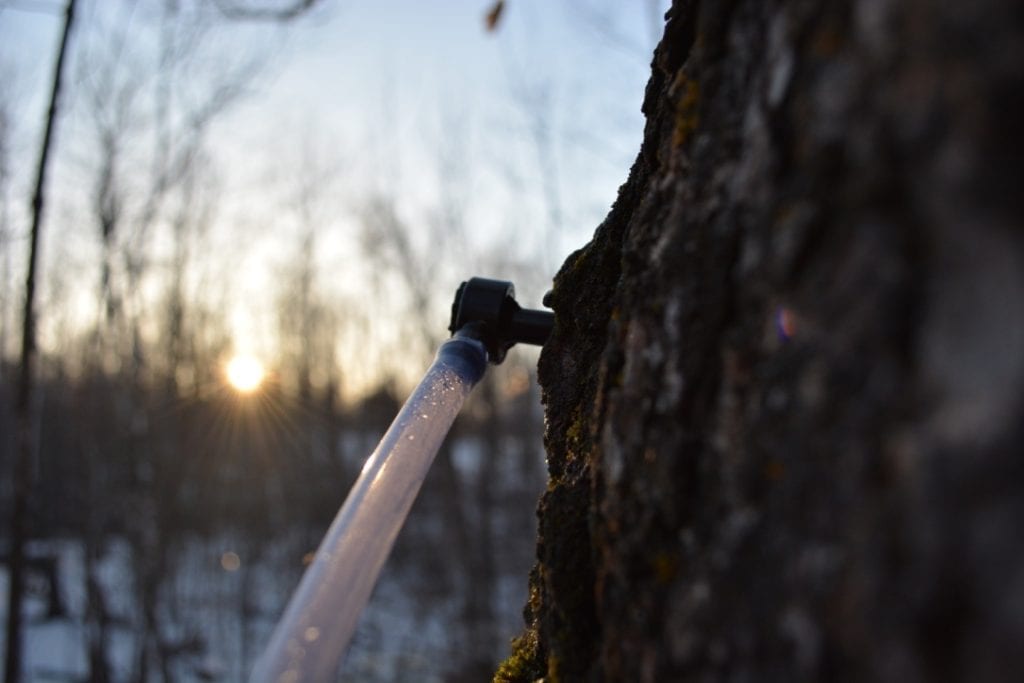 We located 20 maple trees in our woods last fall that we were going to tap this spring (you can identify a maple tree by the bark and buds even in the winter). We then used a drill to drill into the tree about an inch and immediately pushed in the taps in the drilled holes. 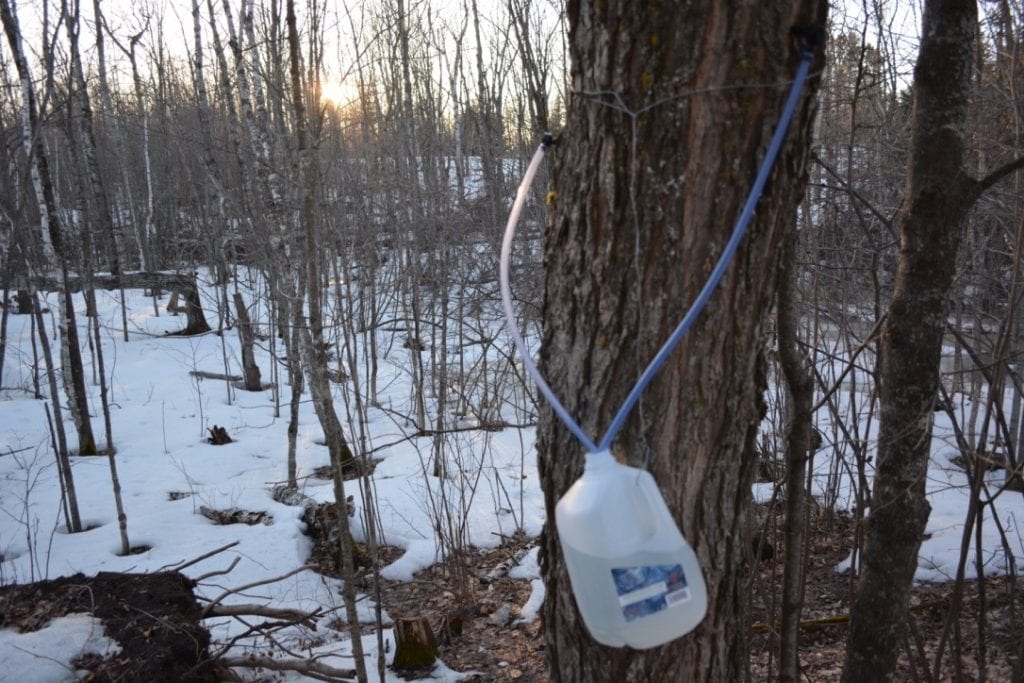 We used taps with tubing attached. This allows the sap to drip into whatever container you chose. Keep in mind when choosing your container that when the sap is really running, it is possible to get more than a gallon in a day from a single tree (some people chose to use 5 gallon covered pails so they don’t have to empty them daily). If the weather isn’t cooperating, you will collect much less sap. The sap is very clear, and looks like water, but it definitely has a sweet taste to it.  One of our friends made some coffee using the sap instead of water, and said it was delicious! I want to try it with a cup of tea sometime. 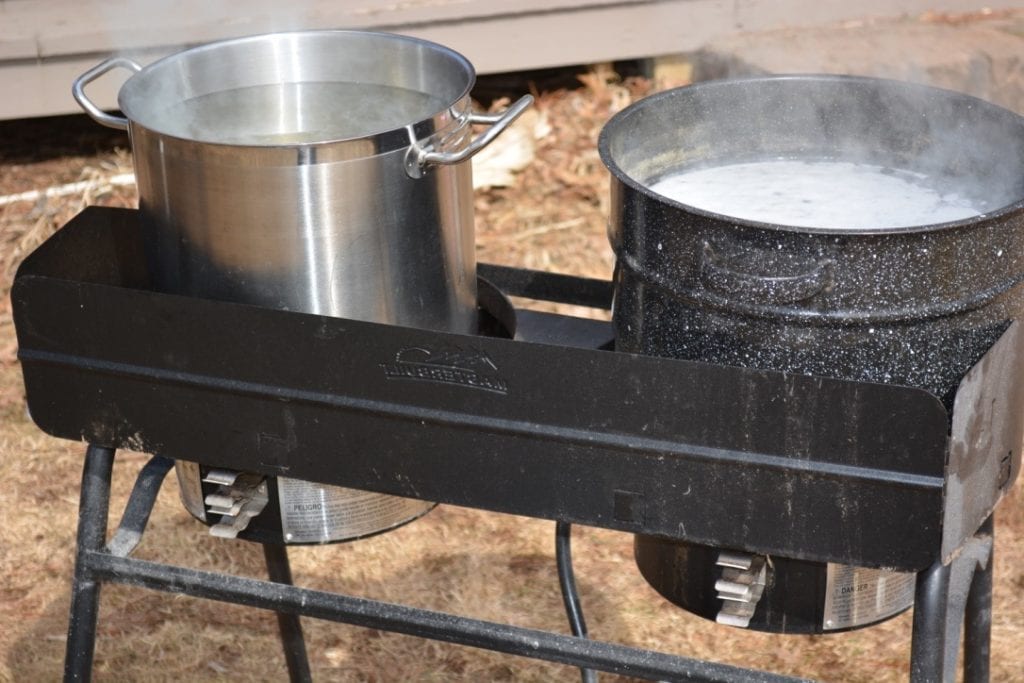 We stored our collected sap outside in the cooler weather until we had several pails ready for processing. We ran the sap through a filter to remove any debris, and then filled 5 gallon pots with the sap to begin the boiling process. We used an outside propane burner that we started in the morning and by evening the levels of sap had dropped down and was beginning to get brown. We then combined the pots and moved it inside. (This process can be messy if done inside the whole time.) 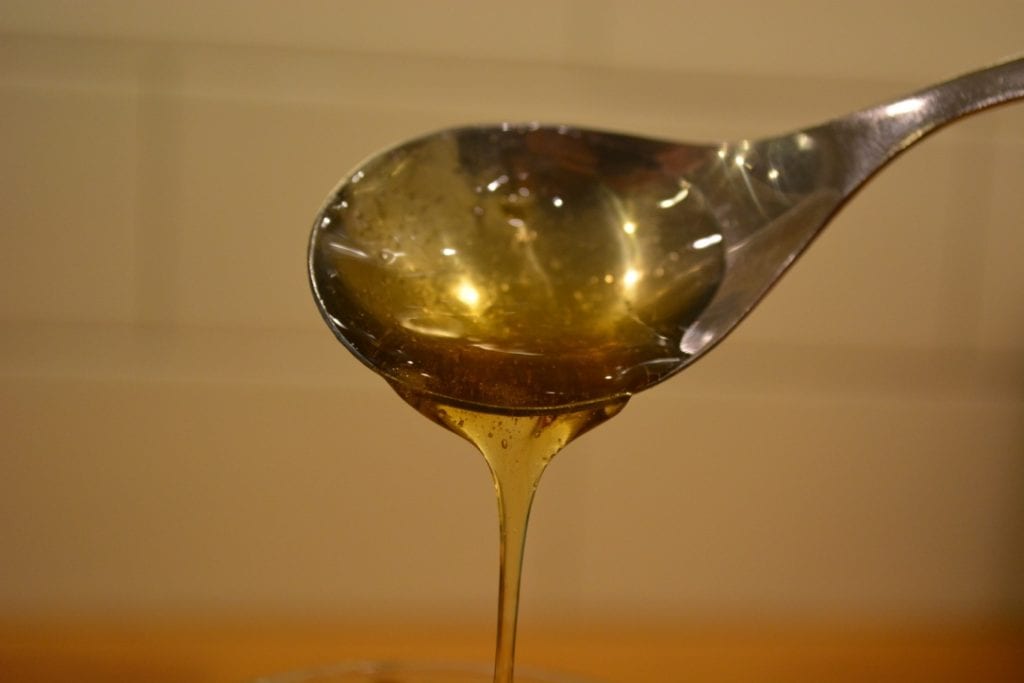 Using a thermometer, we heated the maple syrup until it reached 219 degrees F (or 7 degrees above boiling point), stirring occasionally. 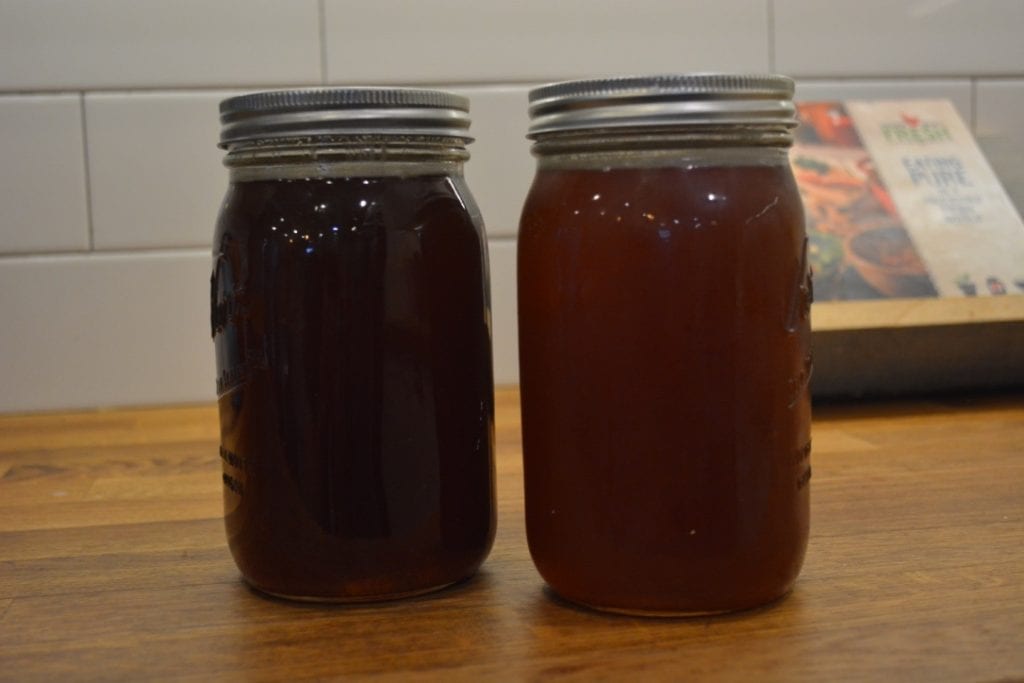 We let the syrup cool slightly, and then poured into hot jars to further cool down.

All we can say is, it tastes AMAZING! It has an almost buttery flavor to the syrup. We had a little extra syrup that didn’t fit in the jar, so we sweetened some whipped cream and enjoyed it on some berries – the kids loved it!

The rule of thumb when making syrup, it takes approximately 40 gallons of sap to make 1 gallon of syrup.

For us, we have enjoyed how the whole family can be involved, and to taste the fruit of our labor. It definitely makes you savor maple syrup more when you see how much goes into the making of it.